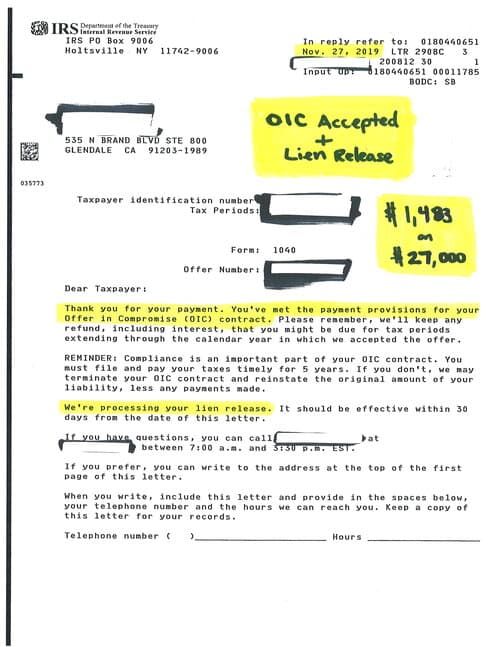 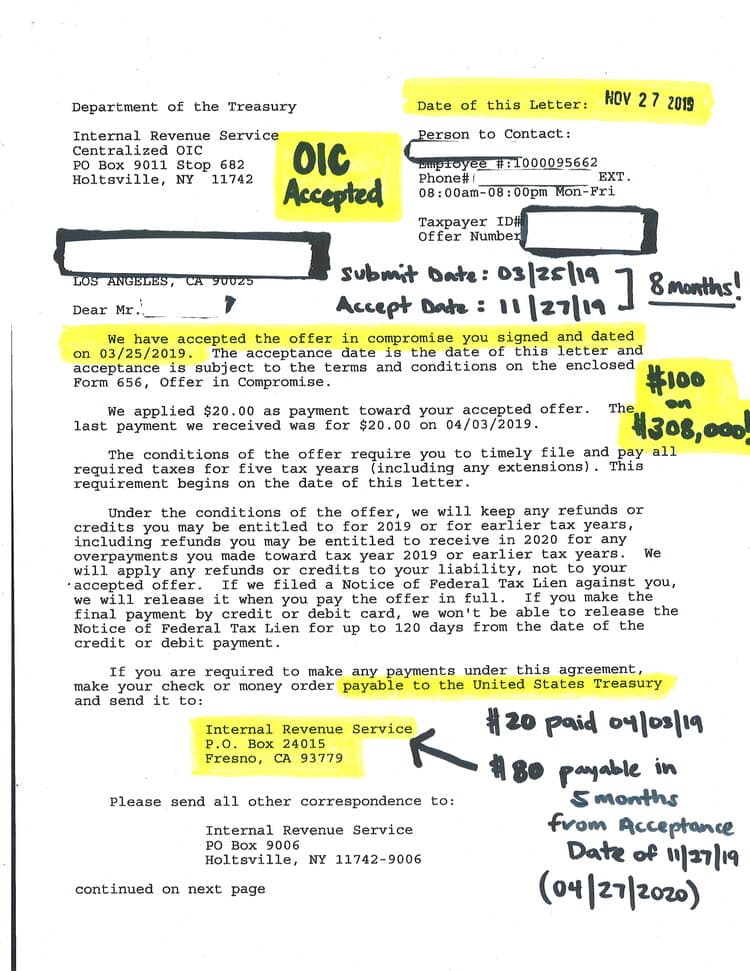 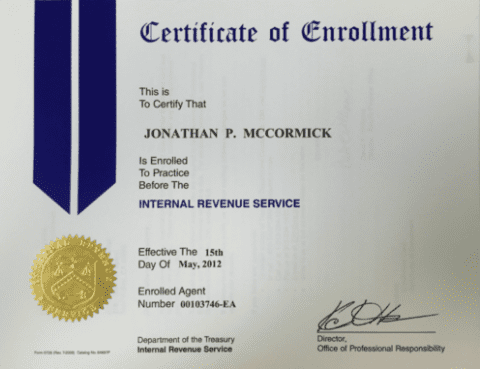 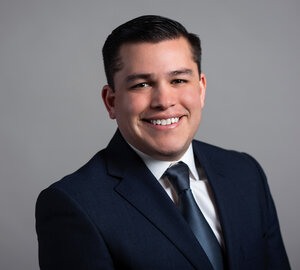 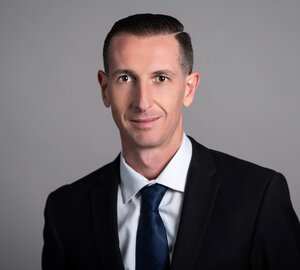 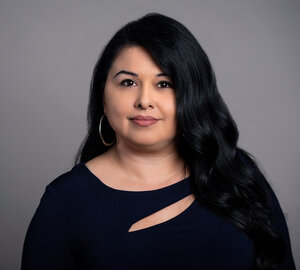 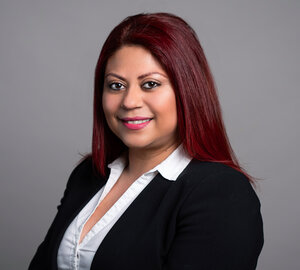 I don’t know what I would have done without your help. Jonathan McCormick spent a great deal of time with my case. I had lost my house to a short sale, filed bankruptcy and still owed money to the IRS. My CPA was not willing to spend the time to file a settlement. This economy has hit many of us very hard. It was difficult to make ends meet and to add tax debt to the picture! I was introduced to Jonathan, I received a settlement for $100!!! Thank you. There is finally life at the end of the tunnel. Brenda

I hired for help with my IRS tax situation. I had been audited by the IRS for 2010 and 2011 tax years. According to the IRS I owed over $28,000. My Case manager Jonathan McCormick did a fantastic job with an Audit Representation, upon completion of my case I only owed $6,635. I saved over $22,000! I am so pleased to be free from the entire financial burden this caused.

Jonathan McCormick was very helpful and we are a very satisfied customer. My situation with the IRS was difficult and stressful; however, we were able to come to a satisfactory solution. We are thankful for their service and would highly recommend them to anyone who has similar issues to resolve. Thank you again and we are looking forward to continuing their services.

Very satisfied!!!…excellent representation…I would highly recommend Mr. Jonathan McCormick. From the very beginning we had help and expert advice on my tax situation and a step by step explanation. The entire process took nine months,(as it can take time for the IRS to respond) but it was well worth it. I started working with Josh and he was very courteous, kind and attentive as I explained the circumstances of my tax liability. He really made me feel at ease and I felt confident I was going to get the help I needed. The paperwork involved went pretty smoothly. I can’t thank Jonathan McCormick and his team enough for being able to deliver on what they promised, and with such integrity and professionalism. I owed the IRS over $12,000 and was able to negotiate a compromised settlement of just $100.00 last month. Thanks again!!

I thank all of the tax group staff. Jonathan McCormick was very professional and always willing to answer all my questions, they did an awesome job. I was at a loss not knowing where to turn to.The initial contact was good and I knew then that I was doing the right thing. Jonathan McCormick , was assigned to my case, and he was fantastic on getting it all resolved professionally and timely. I commend you people so much for helping me and so many people like myself, when we don’t know where or who to turn to. Thank you Jonathan McCormick, for all the work and time you took with my case, I will not hesitate to refer any one. Fantastic Job!!!

Jonathan really cares and I now feel a lot better with him on my side. Hillhurst tax group will continue to work and resolve my IRS problem in 2016, I highly recommend the hillhurst tax group, no need to go anywhere else.

Got rid of my penalties

After finding out I owed a penalty amount on my 2013 corporate taxes I decided to get help. I called around to a lot of the bigger tax relief firms but ended up getting passed around from one person to another and placed on hold. I felt they would not be able to dedicate their whole time into my case since they are so swamped. I came to hillhurst tax after researching local tax resolution firms. After speaking to Jonathan he gave me the assurance I needed. Before he even talked about fees he genuinely wanted to make sure my case could be helped. He contacted the irs and reviewed my finances all for no charge. After he accepted my case he went ahead and submitted the irs form. I only got charged after all these services were done. The result was Hillhurst tax group was able to eliminate all my penalties and interest for a very affordable rate. I highly recommend this firm if you’re having issues with IRS. You don’t have to worry about being charged upfront and you can expect a face to face consultation.

I wanted to know if I qualified for an Offer In Compromise on my IRS tax bill, so I contacted three large firms that advertise their ability to get an IRS settlement. All three wanted $1000 down before they would review my case. If I did qualify, they wanted a percentage of my debt reduction. And if I did not qualify for an Offer in Compromise, they said they could get me a payment plan from the IRS — but I was able to do that myself.

When I contacted Hillhurst Tax Group, the first thing Jonathan told me was that he would not charge me upfront. Instead he reviewed all my income and expenses and ran my numbers through the IRS formulas and guidelines and told me that the IRS would not accept my Offer due to my income/expense ratio and their allowable amounts. Instead, he outlined a short-term and long-term strategy I could pursue to resolve my tax bill in a way that would be accepted by the IRS.

What kind of price can you put on integrity and sound advice? Jonathan demonstrated a complete grasp of the Offer In Compromise process and explained to me the parameters and scenarios in which I would qualify for an accepted offer. Instead of being out $1000’s, I am now on my way to resolving my IRS debt.